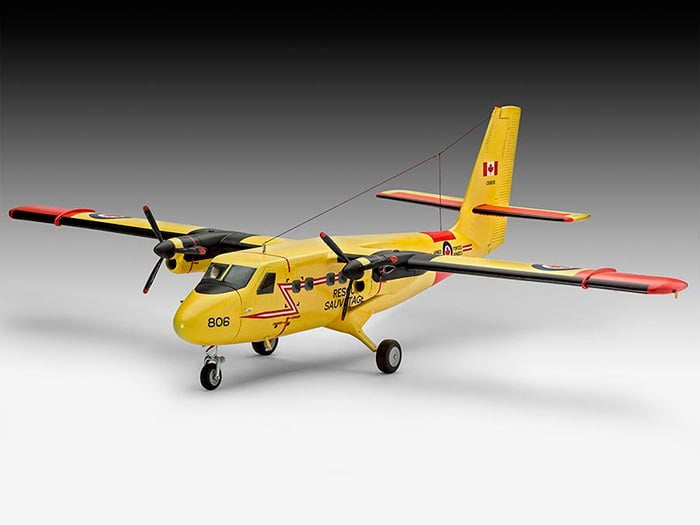 Kit para montar - DHC-6 Twin Otter - 1/72 Escala: 1/72 Comprimento: 211 mm Largura/envergadura: 273 mm Número de peças: 95 Requer cola e tinta Sobre o original: The Twin Otter is a very versatile aircraft that can be used in the transport, reconnaissance or rescue flight roles operating on wheels, skids or floatation gear. The Twin Otter first flew in May 1965. Production for the 100 series was started in 1966 and 115 Twin Otters were produced until it was replaced by the 200 series with an extended nose. She has excellent STOL capabilities and is used in both civilian and military roles. The aircraft received PT6A engines with 652 bhp and could carry a 2.6 ton load.