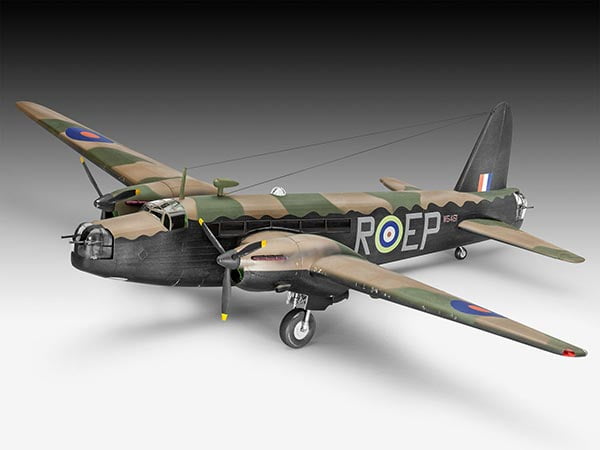 Sobre o original: Popularly known by the nickname Wimpey , the Wellington was the most successful RAF twin-engine bomber of the Second World War. They bore the brunt of night missions, particularly during the initial phase of the war but due to increasing losses were replaced by the more powerful four-engined bombers from October 1943 onwards. More than 400 Wellington Mk.II bombers were fitted with the more powerful Merlin engine. A total of 21 Squadrons were equipped with the Wellington nearly 600 participated in the big raid on Cologne.